Nearly 1 out of every 15 homes in the U.S. is estimated
to have elevated radon levels.

Radon is a radioactive gas that comes from the natural
decay of uranium that is found in nearly all soils. It typically
moves up through the ground to the air above and into
your home through cracks and other holes in the
foundation. Once inside your home, the radon becomes
trapped in your living space!Any home is at risk of having
elevated radon levels, whether well-sealed and drafty, new
or old, with or without a basement.
Radon is estimated to cause many thousands of deaths
each year. That's because when you breathe air containing
radon, you can get lung cancer. In fact, the Surgeon General
issued the following statement in 2005:
"Indoor radon is the second-leading cause of lung cancer in the United States and breathing it over prolonged periods can present a significant health risk to families all over the country. It's important to know that this threat is completely preventable. Radon can be detected with a simple test and fixed through well-established venting techniques (January 2005)"
The Good News
The levels of radon in your home can be significantly reduced, at least to below the EPA's action level of 4 pCi/L, and Rand's Perk & Environmental Services has been trained to do just that!

In most cases, a simple system involving specialized fans and  piping are used to reduce radon concentrations. Such systems are called "sub-slab depressurization", and do not require major changes to your home. These systems remove radon gas from below the concrete floor and foundation before it can enter the home. Similar systems can also be installed in houses with crawl spaces. The appropriate system depends on the design of your home, and other factors.
*Some of the content from this website was taken from the EPA's "A Citizens Guide to Radon" 2nd Edition, which is available upon request. 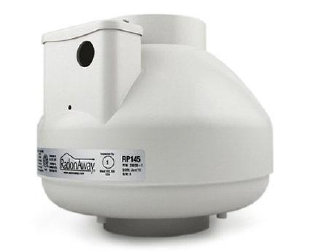